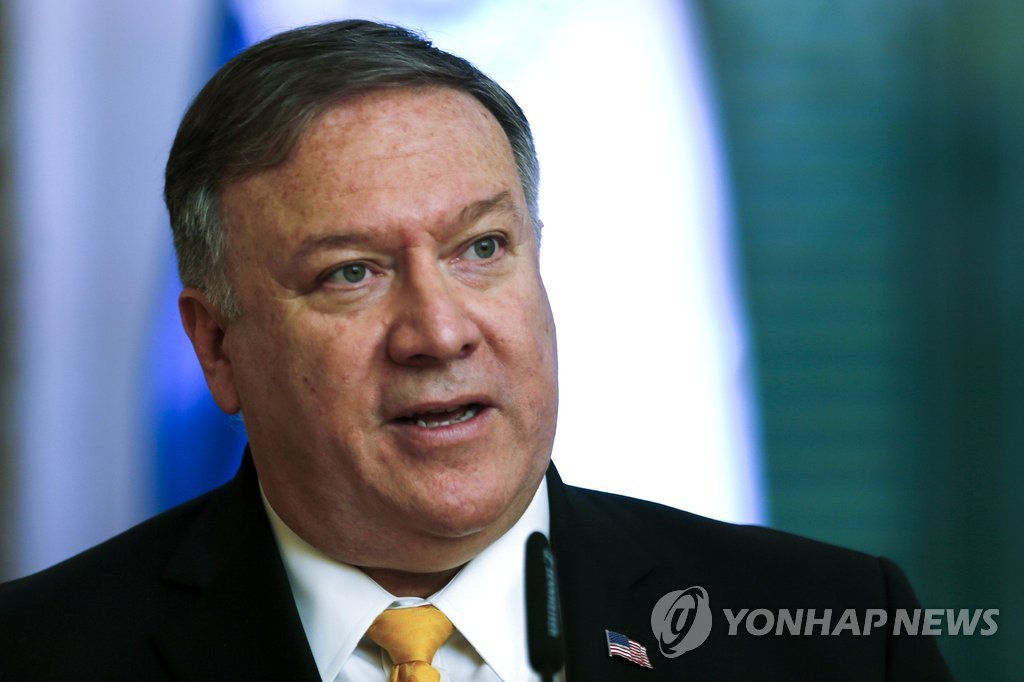 When questioned by reporters in Texas on Monday, Pompeo referred to Kim’s policy speech last Friday, in which the North Korean leader said he is open to having a third summit with U.S. President Donald Trump.

Kim, however, said he is interested in meeting with Trump again if the U.S. has the right attitude, demanding changes from Washington by the year's end.

Pompeo added Trump was determined to move forward diplomatically, but reminded Kim of his commitment to denuclearize and said “we collectively need to see that outcome move forward.”

Noting the U.S. is working with the North to chart a path forward, Pompeo said he hopes Pyongyang would keep its promises before the end of the year.
Share
Print
List