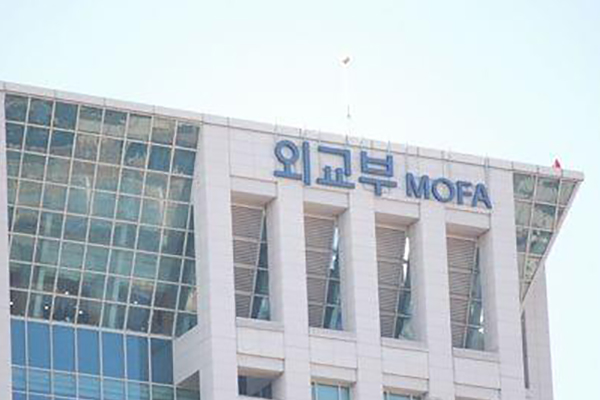 South Korea's Foreign Ministry is pushing to expand a team in charge of enforcing UN Security Council sanctions on North Korea by setting up a new division.

According to the ministry on Tuesday, the sanctions team under the director for disarmament and nonproliferation will be promoted to a new division managing export bans and sanctions with four additional staff members joining the current five.

The ministry said the new division will be created in response to the increasing workload in sanctions enforcement, the review of sanctions in inter-Korean projects and global export restrictions amid the rising number of ships suspected of illicitly transferring goods to North Korean vessels.

The ministry is also expanding bureaus covering the Asia-Pacific region from two to three, with the current Northeast Asian Affairs Bureau focusing on China and the new Asia-Pacific Bureau taking charge of Japan, Australia and India.

A third bureau will be set up to handle the Association of Southeast Asian Nations, in a move to support the Moon Jae-in administration's New Southern Policy, which calls for enhancing ties with the region.