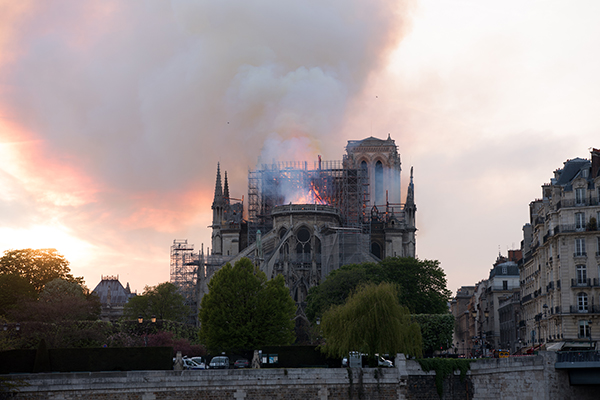 President Moon Jae-in has expressed words of consolation to the people of France, following news of a massive fire that engulfed the landmark Notre Dame Cathedral in downtown Paris.

On his social media accounts on Tuesday, Moon said the Notre Dame Cathedral is one of the greatest treasures in the history of mankind and that the damage from the fire is a big loss for the entire world.

Stating that the people of France probably feel the greatest sadness, he stressed that the world will come together to comfort each other and restore the medieval cathedral.