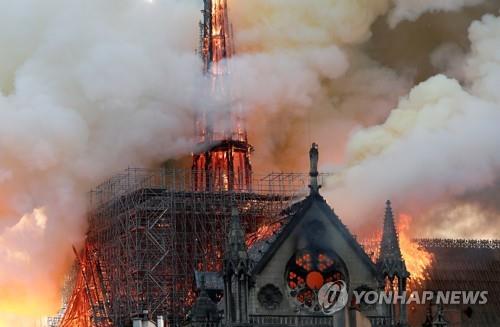 South Korea has offered its condolences over the fire at the Notre Dame Cathedral in Paris.

While referring to Korea's own tragic experience in 2008 when the Sungnyemun Gate in Seoul was set on fire, the cultural heritage authority said it will thoroughly carry out inspections of palaces, tombs and temples.

In 2008, the wooden portion of the gate, one of Korea's national treasures, was burned down by an arsonist. The restoration work was completed five years later.
Share
Print
List