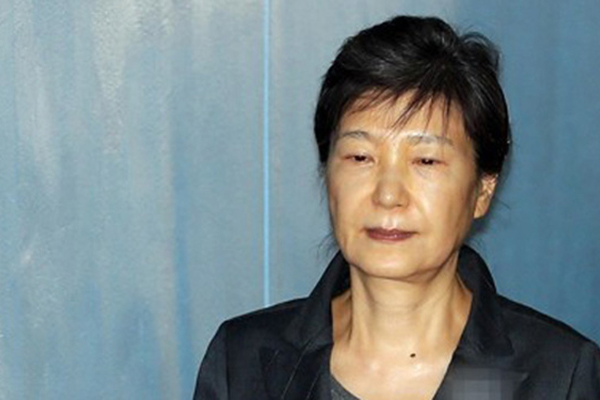 Former President Park Geun-hye, who is in custody and standing trial for her role in a massive influence-peddling scandal, has requested a stay of execution of her sentence.

The request, submitted to the Seoul Central District Prosecutors' Office by her lawyer on Wednesday, cited Park's excruciating neck and back pain, which prevents her from sleeping at night.

This comes after her detention period during the appellate trial expired at midnight on Tuesday, changing her status to convicted prisoner.

A separate two-year sentence for Park was finalized last November for her interference in the former ruling Saenuri Party's election candidate nomination process.

According to the Criminal Procedure Act, the prosecution can decide on a stay of execution of a prisoner's sentence when his or her mental capacity deteriorates due to a physical or mental disability.

If Park's sentence is suspended, it will be the first time the former president is released from prison after she was detained on March 31st, 2017.