N. Korea Urges US to Remove Pompeo from Nuclear Negotiations 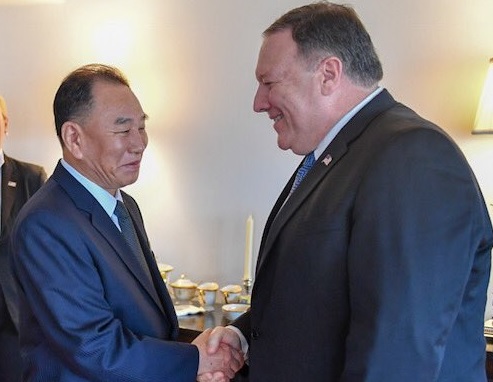 North Korea is urging the U.S. government to remove Secretary of State Mike Pompeo from the current nuclear negotiations.

Pyongyang's state-run Korean Central News Agency on Thursday ran an interview with the director of the North America desk of the North Korean Foreign Ministry.

The official said rather than Pompeo, Pyongyang hopes for a more amicable and seasoned official to represent Washington should the stalled North Korea-U.S. negotiations resume.

Arguing that Pompeo caused the collapse of the Hanoi talks, the official said it is fortunate that North Korean leader Kim Jong-un maintains good relations with U.S. President Donald Trump.

North Korea and Pompeo have had a rocky relationship.

Earlier this month, Pompeo said he agreed that Kim Jong-un was a "tyrant" during a Senate hearing.
Share
Print
List