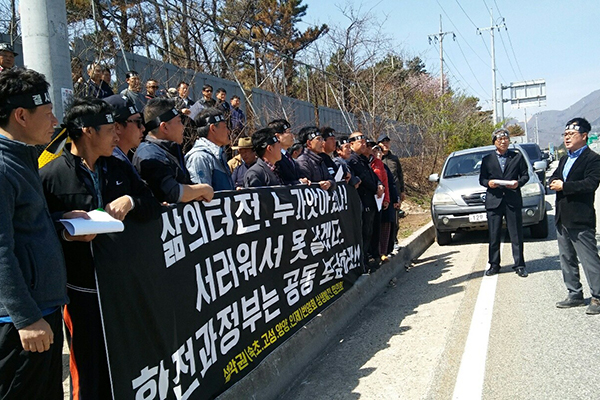 An electric arc from a fallen extra high-voltage wire is believed to have caused the massive mountain fires in the country's eastern Gangwon provincial regions of Goseong and Sokcho earlier this month.

According to the National Forensic Service on Thursday, embers from the electric arc, which is a continuous, high-density electric current between two separated conductors, is thought to have set nearby dry leaves or grass on fire.

The Gangwon Provincial Police Agency said the wire was likely damaged from strong winds, and that friction between the broken wire and utility pole caused the sparks.

The police plan to investigate whether there was negligence on the part of the Korea Electric Power Corporation in setting up and managing the poles.
Share
Print
List