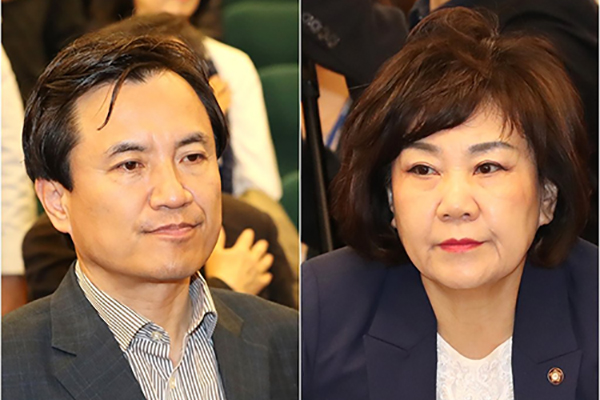 The main opposition Liberty Korea Party(LKP) has decided to impose a three-month suspension of membership for one of its Supreme Council members due to her disparaging remarks regarding the 1980 Gwangju pro-democracy movement.

The conservative party said on Friday that its ethics committee met earlier in the day to impose the disciplinary measure on Representative Kim Soon-rye. The committee also issued a warning to Representative Kim Jin-tae, who came under fire for similar remarks regarding the Gwangju uprising.

The party’s actions come two months after three LKP lawmakers, including aforementioned Kims, provoked a public outcry during a public forum with derogatory remarks on the pro-democracy uprising. One of them, Representative Lee Jong-myeong, claimed that the pro-democracy protesters in Gwangju had links to North Korea.

After their remarks drew strong criticism, the party expelled Lee, but deferred decisions on Kim Jin-tae and Kim Soon-rye in consideration of their candidacies for the party's leadership election in late February.

Meanwhile, the LKP committee also decided to launch a process to discipline Representative Chung Jin-suk and former lawmaker Cha Myung-jin over their denigrating remarks against the bereaved families of the Sewol ferry sinking, which marked its fifth anniversary earlier this week.
Share
Print
List