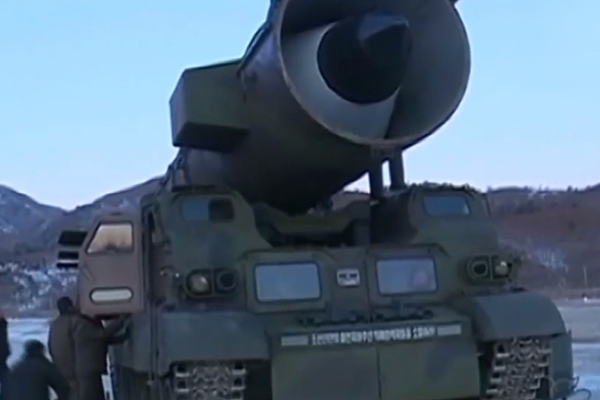 The top diplomats and defense chiefs of the U.S. and Japan held "two plus two" talks in Washington on Friday and called for the final and fully verified denuclearization or FFVD of North Korea, as well as the implementation of sanctions against North Korea.

In a joint news conference after the U.S.-Japan Security Consultative Committee meeting, U.S. Secretary of State Mike Pompeo said there has been a joint diplomatic effort between the two sides to achieve North Korea's FFVD.

He said that in cooperation with the international community and in accordance with relevant UN Security Council resolutions, Washington and Tokyo will continue to press North Korea to abandon all of its weapons of mass destruction, ballistic missiles and related programs and facilities.

Pompeo said they will continue to enforce all sanctions against North Korea and encourage every country to do so.

His remarks are viewed as addressing North Korean leader Kim Jong-un's demand for the U.S. to come up with a new political calculus by the end of the year.

In opening remarks, Japanese Foreign Minister Taro Kono said the U.S. and Japan will work to achieve a complete, verifiable and irreversible dismantlement or CVID of all of North Korea's WMDs and ballistic missiles and continue cooperation on enforcing UN resolutions.

He said that without Pyongyang taking concrete steps toward CVID there can be no bright future for the regime.
Share
Print
List