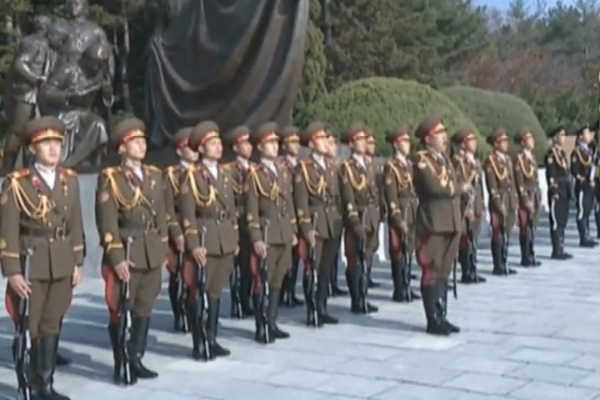 The New York Times reported Friday that North Korea's state-run economy was faltering under global sanctions and the loyalty of the elite class was being tested.

Citing economists and North Korean defectors, the report said that American-led sanctions over Pyongyang’s nuclear weapons program are hurting North Korean leader Kim Jong-un in a way they haven’t before: by targeting the state-run economy and the party and military elite who support his totalitarian rule.

The Times said that previous international sanctions aimed to prevent North Korea from acquiring weapons parts and technology but the newer ones, imposed in the past few years, ban lucrative exports such as coal, iron ore, seafood and textiles, depriving Kim’s regime of its main source of income.

The report said that as a result, party officials, soldiers and police officers who make a living off the state are feeling the effects more sharply than ordinary people who have already learned to fend for themselves through hundreds of unofficial markets.

Jiro Ishimaru, a Japanese journalist who monitors North Korea through the help of correspondents, was quoted as saying that the hardest hit by sanctions are the 20 to 30 percent of the population who stay on the government’s socialist payroll and rations.

The New York Times said that Kim's failure to secure sanctions relief has raised the question of how his supporters will respond and that though he still appears to be firmly in power, he could be threatened by unrest among the elites.
Share
Print
List