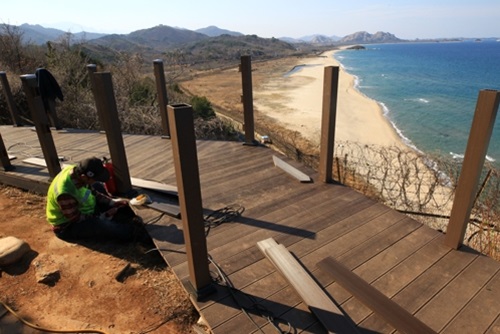 In a press release Tuesday, the UNC announced the decision by its commander General Robert Abrams to give the green light to opening the trails to civilians.

Abrams, who also commands the US Forces Korea, said the UNC and the South Korean government have moved forward together through solid teamwork and cooperation, vowing to continue such efforts.

He said the South Korean military has long made efforts to ensure the safety of visitors, calling it a top priority.

The trekking paths, tentatively called the "DMZ Peace Trails," are located in the border areas of Goseong, Cheorwon and Paju in South Korea. Seoul has pursued their opening as part of tension-easing measures with the North based on their military agreements reached last year.

With the UNC’s approval, the courses will open to the public from this Saturday and will be open six days a week with up to 200 people allowed to walk the trails each day.
Share
Print
List