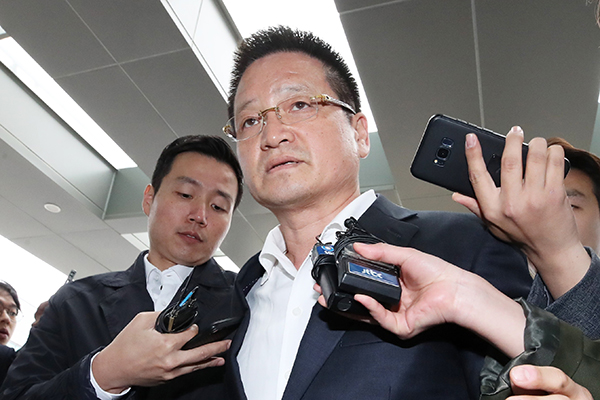 According to prosecution officials on Friday, developer Yoon Jung-cheon stated that Kim is the man appearing with women in the video.

Yoon also admitted that he filmed the video, which was seemingly filmed at a villa in Wonju, Gangwon Province, in around 2007.

Kim was under investigation back in 2013 over allegations that he received sexual services and bribes from Yoon in return for business favors, but was cleared of the charges due to a lack of evidence.

In the past, Yoon had said the man in the video looked like Kim.

It is the first time that Yoon officially admitted the man is the former vice minister.

According to sources at the prosecutor's office, Yoon also confirmed that Kim appears in another video where he is seen sexually assaulting a woman.
Share
Print
List