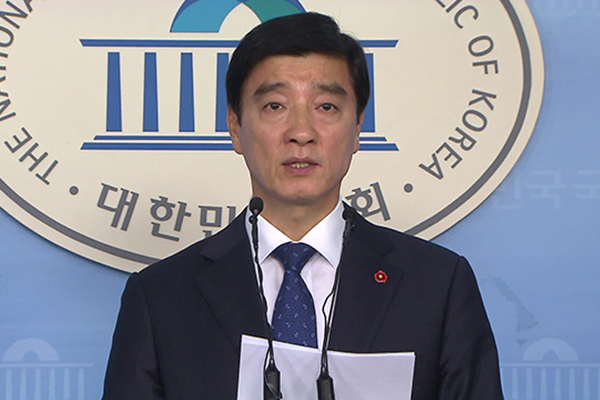 The ruling Democratic Party(DP) has asked the prosecution to investigate more than a dozen representatives from the main opposition Liberty Korea Party(LKP) over their attempts to derail a plan to fast-track a set of reform bills through parliament.

Some LKP lawmakers are accused of forestalling meetings of the special parliamentary committees on political and judiciary reforms, which were intended to discuss the fast-track bills, while others are charged with blocking the submission of the bills.

The DP spokesman said it created a task force to punish illegal activities by the main opposition party. He also said the ad-hoc body, led by three-term lawmaker Lee Choon-suak, will ensure that every LKP lawmaker involved in illegal actions will face formal accusations.

The DP and three opposition parties, except the LKP, had agreed to fast-track the reform bills, including one on electoral reform, but the main opposition has been deterring them by occupying the venues where related meetings were scheduled to be held.
Share
Print
List