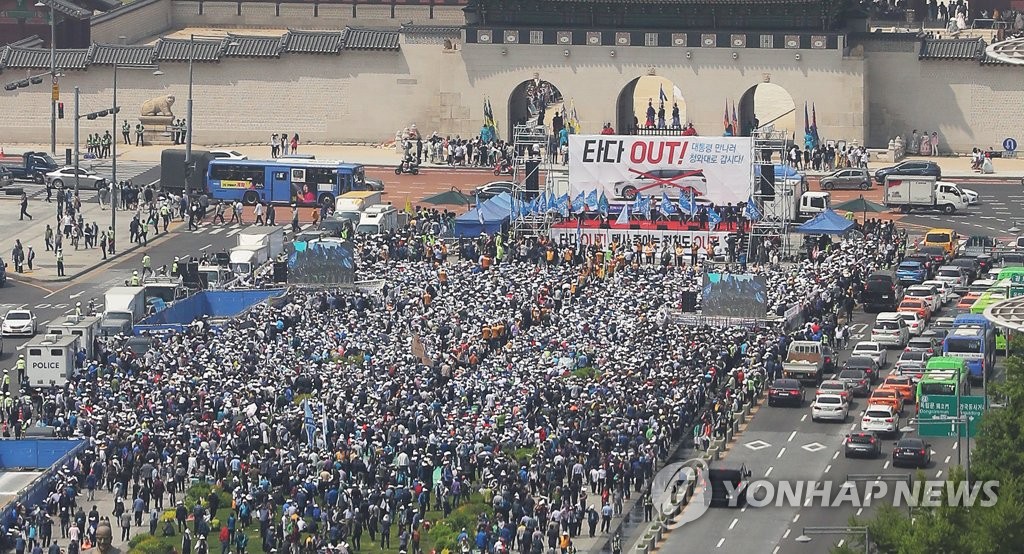 A union of self-employed tax drivers in Seoul has called for the suspension of ride-sharing services operated by a local start-up.

The taxi drivers accused the presidential office and the National Assembly of lacking principles and responsibility over the matter and urged them to immediately stop offering what they claimed were "privileges" to certain companies.

During the rally, the cabbies mourned the death of a taxi driver who set himself on fire earlier in the day near Seoul City Hall in protest of Tada services. After the self-immolation, the driver, only identified by his surname Ahn, was taken to a nearby hospital where he was pronounced dead.
Share
Print
List