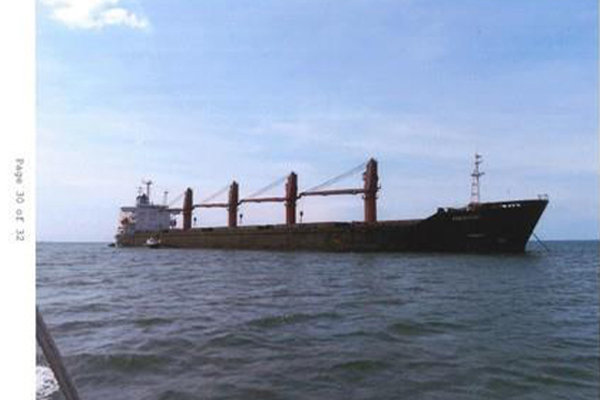 North Korea has reportedly asked the United Nations Secretary-General Antonio Guterres to deal with the recent seizure of its cargo ship by the United States.

According to the North's state media Korean Central News Agency on Saturday, North Korean Ambassador to the UN Kim Song sent a letter to the Guterres on Friday to criticize the U.S. seizure.

Kim said in the letter that the seizure has clearly indicated that the United States is a “gangster country” that does not care about international laws, adding the United States committed a "sovereignty-infringing act" of flagrantly violating the UN Charter by dispossessing the cargo ship where the North's sovereignty is fully exercised.

The North Korean envoy then said the UN chief is requested to take urgent measures as a way of contributing to the stability of the Korean peninsula and proving the impartiality of the UN.

The U.S. Justice Department said earlier this month that the North Korean cargo ship known as the "Wise Honest" was seized and impounded to American Samoa. The ship is accused of transporting illicit shipments, which is a violation of sanctions.
Share
Print
List