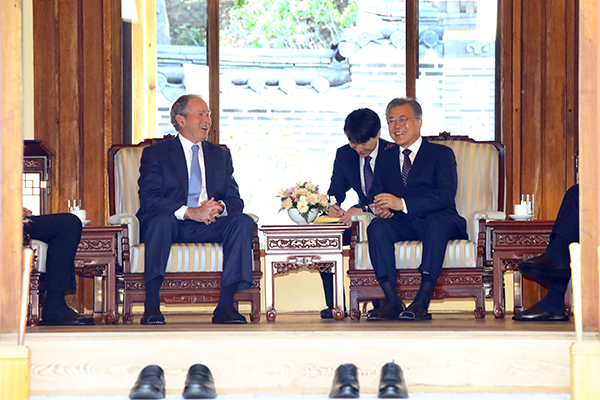 Moon met Bush at the presidential office on Thursday and told him that the former U.S. president’s participation in the memorial event is a symbolic move that demonstrates the strong South Korea-U.S. alliance.

Bush, who has taken up drawing, plans to deliver a portrait of Roh to the late president's family during the memorial service. Moon said he believes Bush's gift will be of significant comfort to the bereaved family.

Moon said that he and U.S. President Donald Trump are working together closely to further advance the alliance.
Share
Print
List