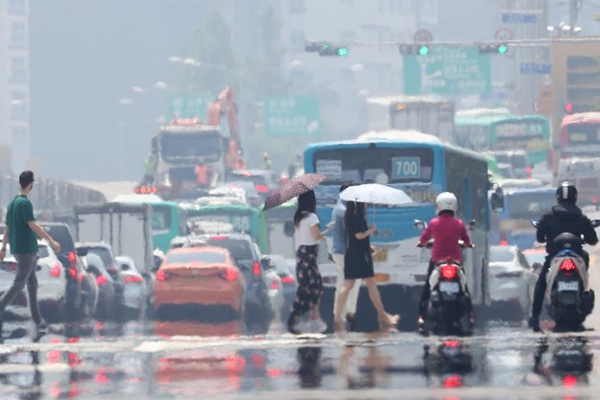 Seoul is forecast to be under its first heat wave advisory of the year on Friday.

The Korea Meteorological Administration(KMA) said on Thursday that a heat wave advisory will be in place from 11 a.m. for large parts of the country, including the capital.

The southwestern city of Gwangju as well as portions of many provinces, including Gyeonggi, Gangwon, South Jeolla and South and North Gyeongsang, will also be under heat wave advisories.

Daegu, Ulsan as well as parts of Gyeonggi and Gyeongsang Provinces were already placed under a heat wave advisory from 4 p.m. on Thursday.

A heat wave advisory is issued in South Korea when the daytime high is forecast to stay above 33 degrees Celsius for at least two days in a row.