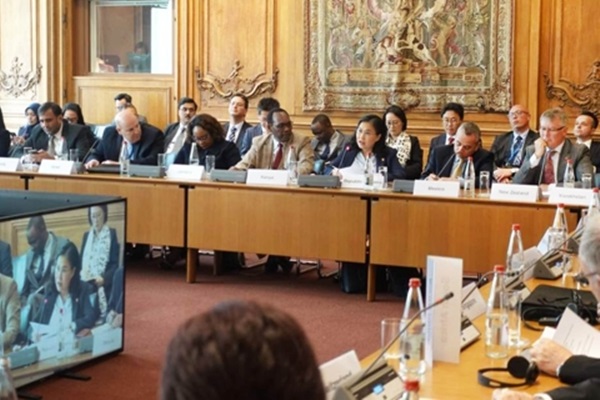 According to the Trade Ministry in Seoul on Friday, Minister Yoo Myung-hee attended an informal WTO ministerial meeting in Paris this week and said it would be unjust for Japan to continue to take issue with the WTO dispute settlement system.

Yoo urged Tokyo to respect the final verdict instead of arguing for the need to reform the appeals system.

Since the WTO's final ruling, Japan has been requesting South Korea to lift the import ban.

Maintaining its stance to prioritize public health and safety, South Korea has been restricting 28 kinds of fish caught from eight prefectures near Fukushima since September 2013, citing concerns over radiation levels.
Share
Print
List