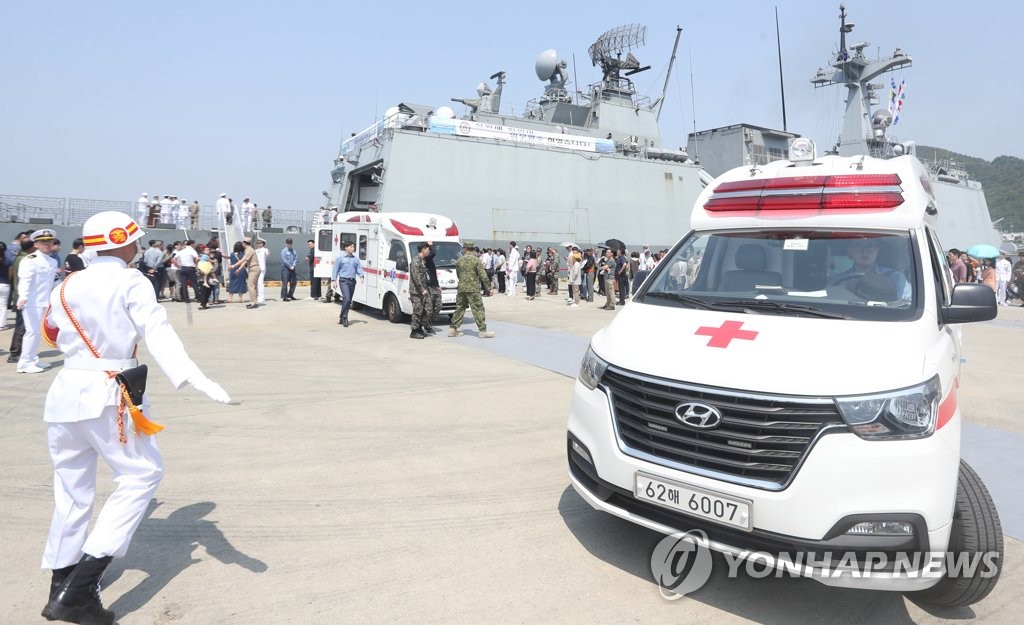 One soldier was killed and four others were injured in a rope snap accident at the Cheonghae naval unit.

The military said the incident occurred Friday morning during a welcoming ceremony for the arrival of the unit’s destroyer at Jinhae Naval Base in Changwon, South Gyeongsang Province following the completion of a six-month mission.

The rope tying the destroyer to the port had snapped, hitting five soldiers. The injured were taken to nearby medical facilities, but one of them died after suffering a serious blow to the head.

The other four soldiers are still being treated.

The soldiers had just returned to South Korea after being away for half a year on a maritime anti-piracy mission in the Gulf of Aden, situated between Africa and the Arabian peninsula.

A Navy official said an investigation is under way to find out the exact cause of the accident.
Share
Print
List