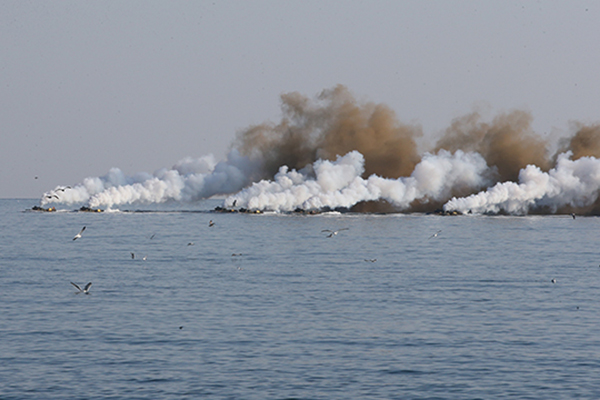 The North's official state media Korean Central News Agency (KCNA) reported on Saturday that the Korean people would never accept the South Korean military's confrontational maneuvers running against the mood of reconciliation and peace on the Korean Peninsula.

The KCNA said that the U.S. Strategic Command recently announced that the South Korean military took part for the first time in the nuclear attack drill "Global Thunder" that took place secretly at an air force base in North Dakota in the United States in November last year.

It also took issue with the combined low-profile Dongmaeng drills between Seoul and Washington in March and a joint air drill last month, criticizing Seoul for continuing joint exercises.