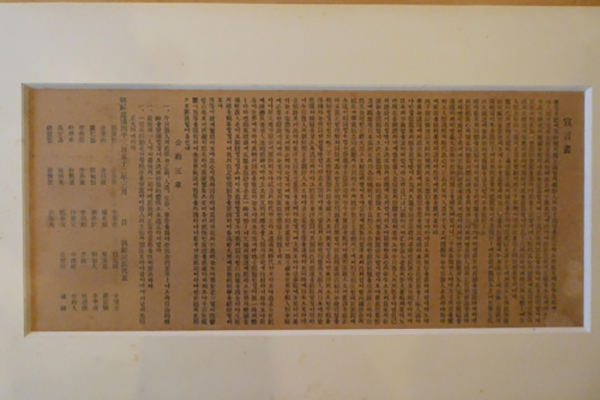 A Japanese teacher is donating a rare first-printed copy of the Declaration of Independence that was read aloud by Korean activists during a major independence movement against Japan’s colonial rule a century ago.

The Independence Hall of Korea said on Monday that the donation will be made on Tuesday by Masao Sato, a 67-year-old Japanese man from Nagasaki Prefecture.

According to local newspapers issued following the March First Independence Movement in 1919, around 21-thousand first copies were printed at a Seoul publishing house and disseminated across the country.

His grandfather, Yoshihei Sato, who was living in Pyongyang at the time, was known to have picked up the copy from the street on the morning the independence movement took place and had taken it with him when he returned to Japan ten years later.

The family members reportedly came to know the existence of the copy following Yoshihei Sato's death in 1954.
Share
Print
List