PM Lee: Two Koreas, US Hope to Make Progress on Denuclearization Within Year 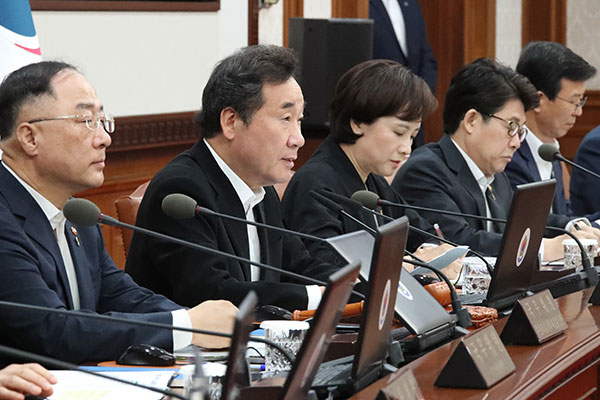 Prime Minister Lee Nak-yon says the top leaders of South and North Korea and the United States are hoping to see meaningful progress within the year on the North’s denuclearization and lasting peace on the Korean Peninsula.

Lee made the remark in a congratulatory speech at the World Strategy Forum in Seoul on Wednesday, adding that talks among the three countries are fortunately being sustained.

He also addressed challenges posed by prolonged economic disputes between the U.S. and China, saying South Korea, like many other countries, is being pressed to make difficult decisions.

Noting the South Korean government and local firms have been responding wisely to the matter so far, he urged both the U.S. and China to make swift decisions to reduce uncertainties surrounding the global economy.
Share
Print
List