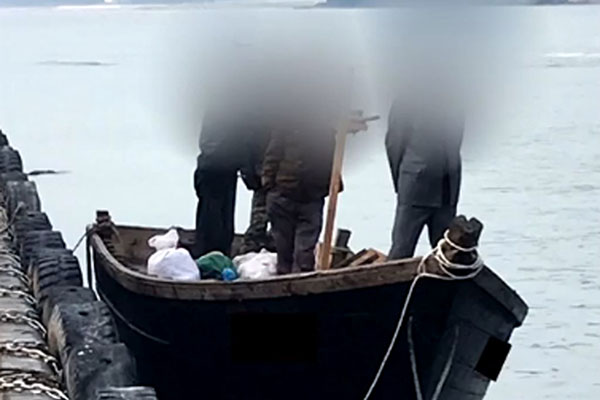 Both ruling and opposition parties have denounced military authorities for failing to detect a North Korean boat that made its way deep into South Korean waters last Saturday.

Ruling Democratic Party Floor Leader Lee In-young said during a party meeting on Thursday that the fact that the North Korean boat reached as far south as the city of Samcheok unmolested demonstrates that the military’s vigilance operations are flawed.

Lee said the military’s failure to make any response until the boat reached the east coast city some 130 kilometers south of the de facto inter-Korean maritime border is inexcusable.

The head of the main opposition Liberty Korea Party, Hwang Kyo-ahn, said on social media that the latest incident is a demonstrative failure in vigilance status. He further claimed that the government sought to conceal and distort information about the incident.

The floor leader of the Party for Democracy and Peace, You Sung-yop, also called for those responsible to face punishment, saying he cannot help but wonder how the "astronomical" defense budget is being used.
Share
Print
List