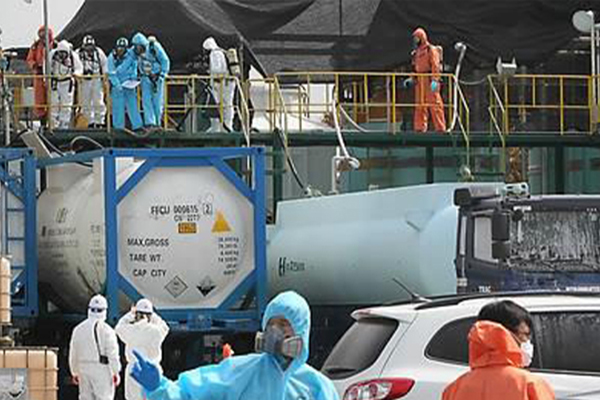 A local research group has cited environmental regulations as one of the primary obstacles to domestically producing hydrogen fluoride, one of the three materials Japan recently restricted exports of to South Korea.

A research group dedicated to modernizing the industrial structure of the semiconductor sector said in a report released Sunday that environmental regulations on the production of hydrogen fluoride were strengthened since a leakage accident occurred in 2012, making plant construction difficult.

Another leak of the chemical was also reported at a Samsung Electronics factory in 2013.

The group said efforts to build hydrogen fluoride factories have been further hampered by opposition from civic groups and local residents.

As for how to respond to the export controls, the report called for technological cooperation between chip makers as well as government deregulation, institutional support and fostering of human capital.
Share
Print
List