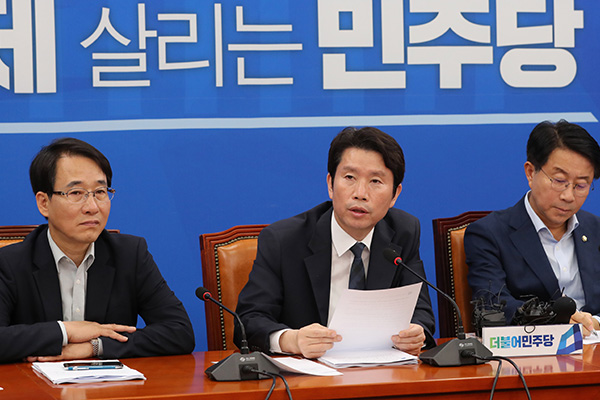 DP Policy Chief Cho Jeong-sik said on Thursday that the party has decided to reflect the additional need created by Tokyo's export curbs in the extra budget bill pending at the National Assembly.

Cho contends the additional budget is needed to enhance the country’s self-reliance in three high-tech materials subject to Japan’s export curbs and other components and materials that are prone to possible additional measures by Tokyo.

The extra funds will be earmarked for technology development, commercialization and mass production with companies that have a high dependence on Japanese materials and small- and mid-sized companies likely to be given top priority.
Share
Print
List