Nuke Envoys of S. Korea, US Discuss the Resumption of US-N. Korea Talks 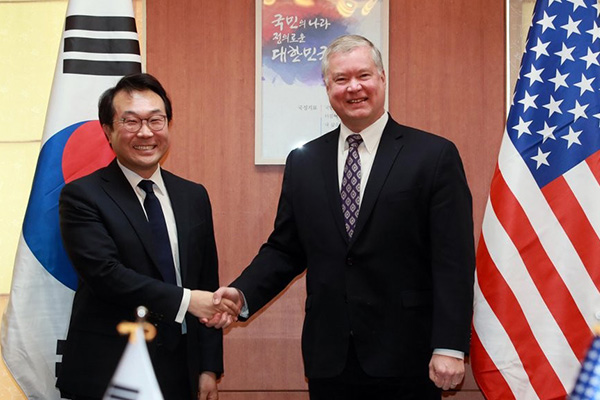 Top nuclear envoys of South Korea and the United States have discussed resuming and progressing working-level talks between the U.S. and North Korea.

The ministry said the two agreed to continue diplomatic efforts for the early resumption of working-level talks as agreed on by the leaders of the U.S. and North Korea late last month.

It added the two envoys discussed ways to ensure that talks will translate into progress towards achieving the complete denuclearization of the Korean Peninsula and establishing a lasting peace.