US State Dept: US Doing All it Can to Strengthen Ties Between Washington, Seoul, Tokyo 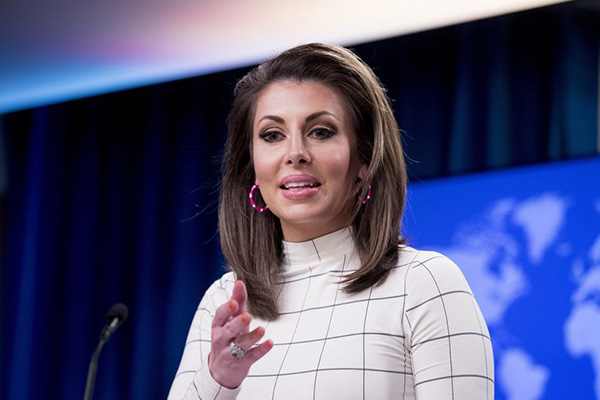 The U.S. State Department says the United States will do “everything it can” to strengthen ties between and amongst it, South Korea and Japan.

Department spokesperson Morgan Ortagus made the remarks on Thursday during a press briefing when asked about telephone talks between the top diplomats of South Korea and the U.S. on Japan's recent export curbs on Seoul.

The spokesperson said that South Korea and Japan are not only friends, but allies, and that the U.S. and her department will do everything it can to strengthen relationships all around.

She said that the U.S. is in daily contact with both Seoul and Tokyo through the appropriate diplomatic channels, adding that the U.S.’ relationship with South Korea and Japan are among the closest it has in the world.

Asked if the U.S. is considering three-way talks at the upcoming foreign ministers' meeting at the ASEAN Regional Forum in Bangkok, the spokesperson declined to comment.
Share
Print
List