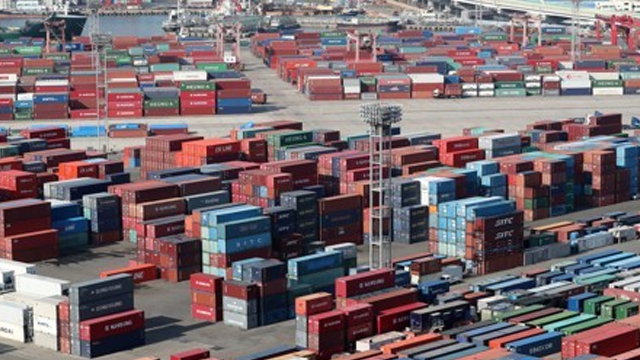 South Korea saw a drop in both export and import prices in June.

According to preliminary data from the Bank of Korea on Friday, the export price index stood at 100-point-95 last month, down two-point-one percent from a month earlier. It marks the first on-month drop in five months.

The decline was largely attributed to a point-six percent on-month drop in the won-dollar exchange rate. It fell to one-thousand-175-point-62 won on average in June.