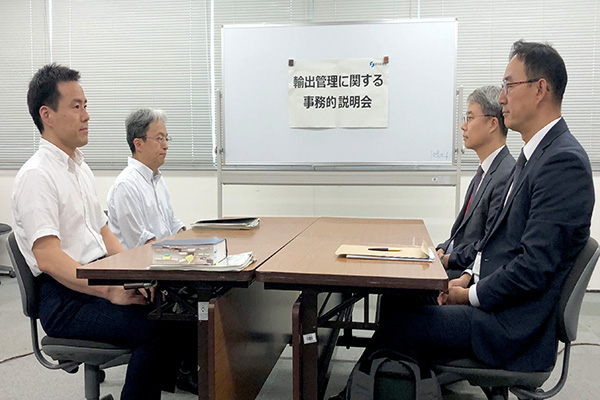 South Korea and Japan discussed Tokyo's export curbs on Seoul for the first time since the restrictions came into force last Thursday, but are expected to have only confirmed their difference.

Two officials from the Ministry of Trade, Industry and Energy sat down with their Japanese counterparts in a closed-door meeting on Friday.

The Seoul officials were expected to demand Tokyo's objectives behind enforcing the curbs targeting South Korea, as well as the basis for its claim that Seoul may have violated global sanctions on Pyongyang by allowing some export materials to enter North Korea.

Japan's NHK speculated Tokyo would reiterate its security concerns as the reason for its new rules.