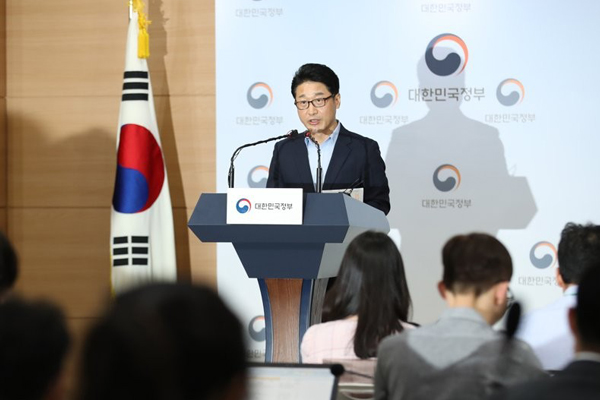 Japan has backtracked on its insinuation that South Korea may have transferred strategic materials to North Korea but reaffirmed its decision to possibly exclude Seoul from its so-called "white list" of countries related to the nonproliferation of conventional weapons and weapons of mass destruction.

Lee Ho-hyun, chief of the South Korean Industry Ministry's trade policy bureau, held a briefing after the talks between Seoul's Ministry of Trade, Industry and Energy and Japan's Ministry of Economy, Trade and Industry in Tokyo on Friday.

He said Japan claimed its decision to impose restrictions on exports of high-tech materials to South Korea has nothing to do with North Korea but was related to Japanese exporters violating related laws.

According to Lee, Japan hinted that if exports of the high-tech materials in question are for civilian use, that could be allowed in the future but may take some time.

Tokyo also said a Cabinet decision on excluding South Korea from its white list will be declared after opinions are gathered by July 24th and will go into effect 21 days after the declaration.

Seoul has proposed more bilateral talks before the 24th but Tokyo did not give a clear answer.