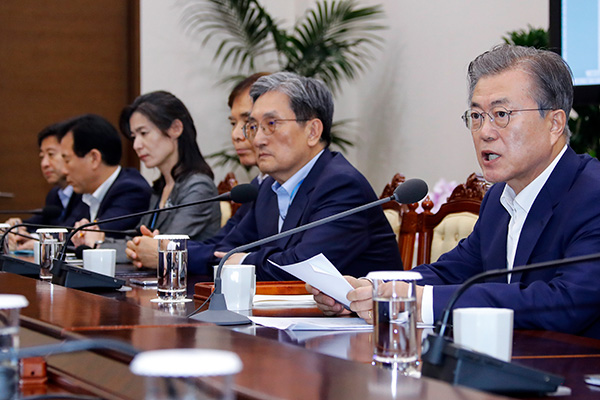 Moon made the remarks in a meeting with top aides on Monday, adding that the export controls are eroding bilateral trust between the two neighbors and forcing South Korean businesses to seek alternative import channels.

The president emphasized that Korea has overcome economic adversity in the past and would do so again with united public support. He also asked for bipartisan cooperation from lawmakers to help resolve the issue.
Share
Print
List