Moon, Leaders of 5 Major Parties May Hold First Meeting in Over a Year 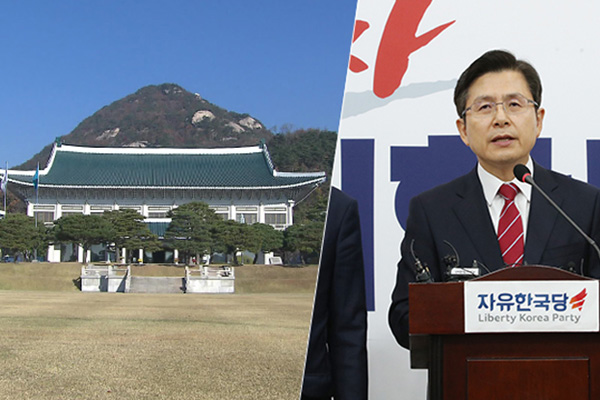 There is a growing possibility that President Moon Jae-in and the leaders of the five major political parties will sit down together for the first time in more than a year.

On Monday, main opposition Liberty Korea Party Chairman Hwang Kyo-ahn said he will accept any form of meeting with Moon in order to discuss Japan’s trade restrictions on South Korea.

The last time the president and the five ruling and opposition party leaders met face-to-face was in March of last year, when then the first summit between Moon and North Korean leader Kim Jong-un was on the agenda, along with issue of a constitutional revision.

In addition to Japan’s export curbs, Seoul’s recent humanitarian aid to North Korea and the latest situation regarding diplomacy for denuclearization could be discussed during the prospective meeting. Electoral reform is also among the candidate topics.

However, locking down a meeting agenda or even holding the meeting itself may be challenging if the opposition parties call for discussions on divisive issues, such as the government’s response to the recent undetected arrival of a North Korean boat and the planned appointment of prosecutor-general nominee Yoon Seok-yeol.
Share
Print
List