Lawmakers from S. Korea, US, Japan to Meet amid Tension over Japan's Trade Curbs 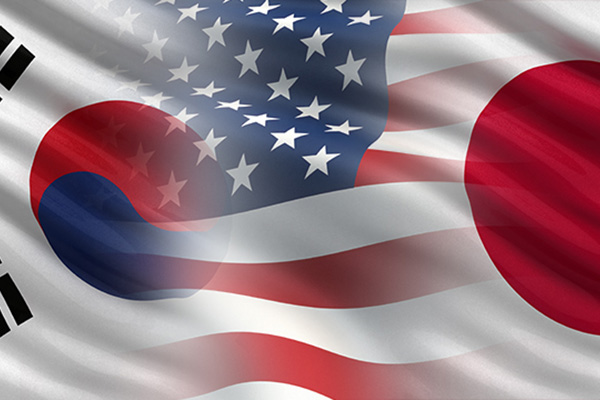 Lawmakers from South Korea, Japan and the United States will meet this month amid tension over Tokyo’s trade restrictions on South Korea.

Seoul-based Yonhap News Agency reported Tuesday, citing a source in the National Assembly, that the assembly plans to send a seven-member delegation led by former speaker Chung Sye-kyun for a biannual tripartite gathering of lawmakers slated to be held in Washington next Friday.

The lawmakers will discuss issues that affect the three nations in the fields of politics, economy, trade and security. One of the top agenda items is likely to be Japan’s recent decision to exclude South Korea from its whitelist of countries that receive preferential treatment in the shipment of high-tech materials.

It is known that the South Korean delegates will seek a bilateral meeting with their U.S. counterparts to discuss Japan’s export curbs.
Share
Print
List