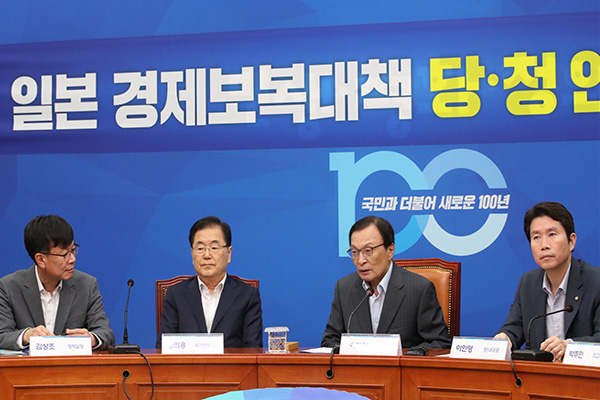 South Korea’s ruling Democratic Party(DP) and the presidential office have decided to mobilize all available government resources to minimize potential damages to the private sector caused by Japanese trade restrictions.

Speaking at a press briefing after a meeting between the party and presidential officials on Tuesday, chief DP policymaker Cho Jeong-sik said the government is exploring several mitigation options to deal with the export curbs.

Such measures include deregulatory actions for local parts and materials industries affected by the export curbs. The ruling bloc may also consider sending a special envoy to Japan.

Those at the meeting also reportedly shared the assessment that a prolonged trade dispute between the two neighboring countries is inconducive to bilateral relations.

They also agreed that Seoul should prepare for all plausible future developments, including additional Japanese trade barriers.
Share
Print
List