Stilwell: US will Engage in All Issues Related to S. Korea, US 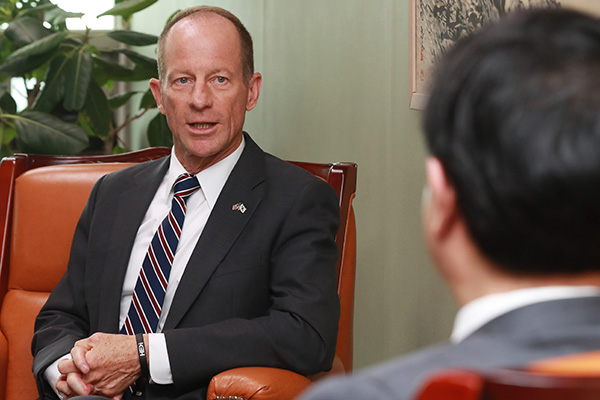 U.S. Assistant Secretary of State for Asian and Pacific Affairs David Stilwell says Washington will engage in all issues related to South Korea and the United States, given that Seoul is an ally.

Stilwell made the remarks to reporters in Seoul on Wednesday after being asked whether Washington will get involved in the latest Seoul-Tokyo dispute sparked by Japan's trade restrictions against South Korea.

Stilwell said many topics were discussed and the meeting was productive.

In regards to a question about whether he asked for South Korean troop deployment to the Strait of Hormuz, Stilwell indicated an answer will come after he meets with Foreign Ministry officials later in the day.