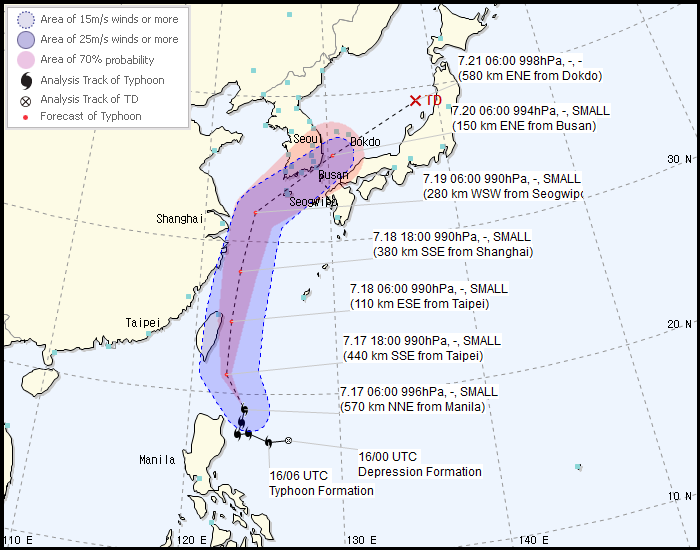 Torrential rains are expected to batter the Korean Peninsula as Typhoon Danas makes its way northeast from waters off the Philippines.

The Korea Meteorological Administration(KMA) said that as of 9:00 a.m. Wednesday, the typhoon was traveling north-northeast from waters 480 kilometers from Manila at a speed of 15 kilometers per hour.

Danas is forecast to hit Taiwan on Thursday and advance further north along the east coast of China before reaching the West Sea Sunday morning.

While the exact route of the typhoon remains uncertain, the KMA says it will cause heavy rains over the peninsula between Friday and Monday, regardless of whether it passes directly over Korea.

Downpours are in the forecast for Jeju Island and southern coastal regions in South Jeolla Province on Wednesday afternoon and later for the Jeolla region, South Gyeongsang Province and other inland areas.
Share
Print
List