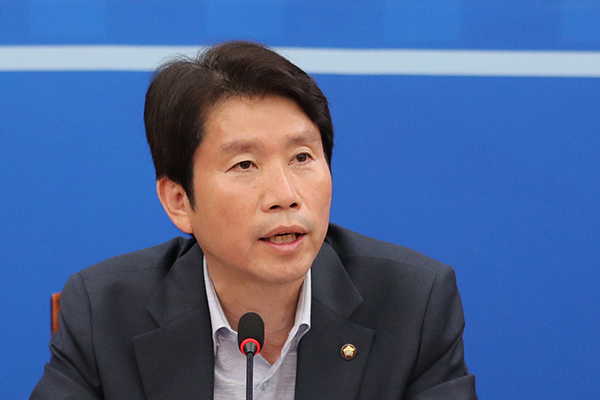 Ruling Democratic Party Floor Leader Lee In-young met with representatives of local small and mid-sized enterprises on Wednesday to learn about the difficulties they are facing in the wake of Japan’s trade restrictions on South Korea.

At the start of the meeting held at the Korea Federation of SMEs in Seoul, Lee reassured the government and the ruling and opposition parties are joining hands to prevent the export curbs from causing damage to South Korean companies.

He said the ruling bloc will actively respond to the Japanese measure through diplomatic channels, including the World Trade Organization, while supporting diversification of high-tech exports and enhanced self-reliance of domestic industries.

Lee also said he hopes the government’s countermeasures will prioritize the distribution of benefits, promising efforts to expand tax deductions and other financial assistance for SMEs.
Share
Print
List