Moon, Party Leaders to Convene at Top Office for First Time in 16 Months 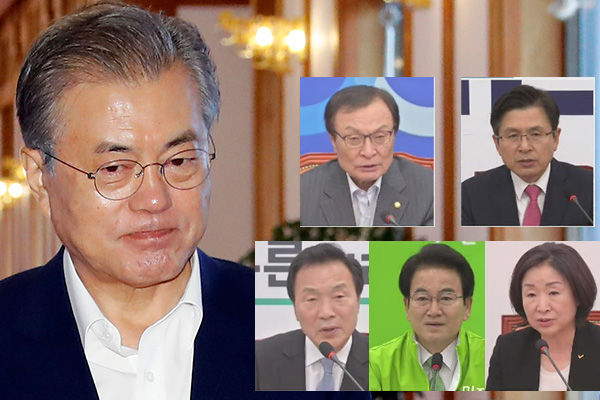 President Moon Jae-in and chiefs from five major political parties are set to hold a meeting on Thursday at the presidential office to discuss response measures to Japan's trade restrictions.

The meeting, scheduled to be held between 4 to 6 p.m., will be the first such gathering at the top office in 16 months.

The main thrust of the meeting is to discuss Japanese export restrictions on high-tech materials to South Korea and appropriate response measures.

Other issues, such as North Korea's denuclearization and a pending supplementary budget bill, are also likely to be touched upon during the meeting, after which a public statement may be presented by the participants.

The meeting was arranged after the top office accepted a proposal from the main opposition on Tuesday.
Share
Print
List