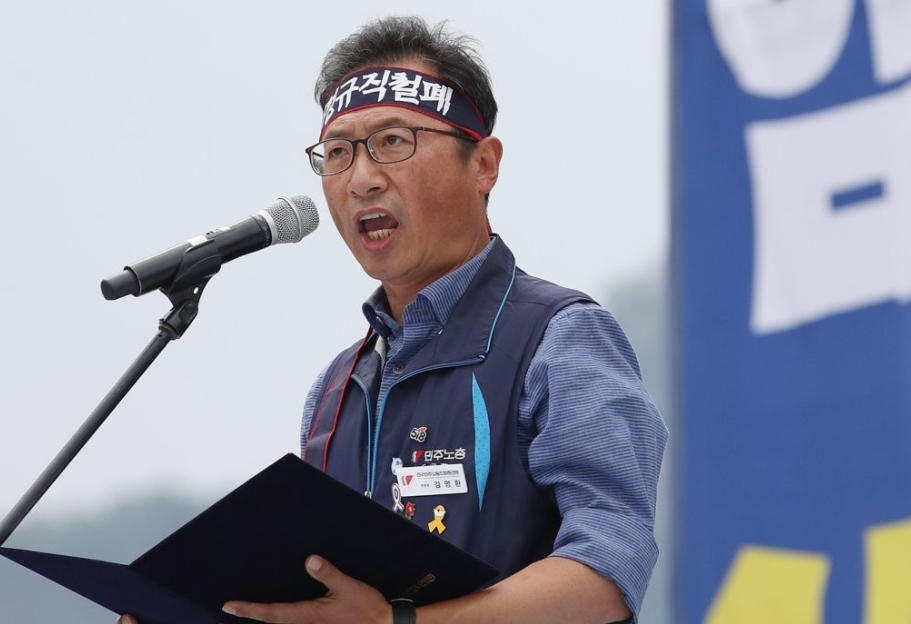 One of the two largest umbrella labor unions in South Korea will stage a nationwide general strike on Thursday to protest what it says are worsening labor conditions and laws.

Labor unions affiliated with the Korean Confederation of Trade Unions(KCTU) will go on a one-day strike on Thursday and hold a large rally in front of the National Assembly in Seoul at 2 p.m.

About five-thousand members are expected to participate in the rally and similar rallies will also be held in nine major cities and provinces across the nation.

The KCTU said that 50 to 60-thousand members will join the walkout to protest changes in the government's labor policy, such as flexible work hours and minimum wages.

President Moon Jae-in recently issued a public apology for being unable to keep his campaign pledge to raise the minimum wage to ten-thousand won by 2020.
Share
Print
List