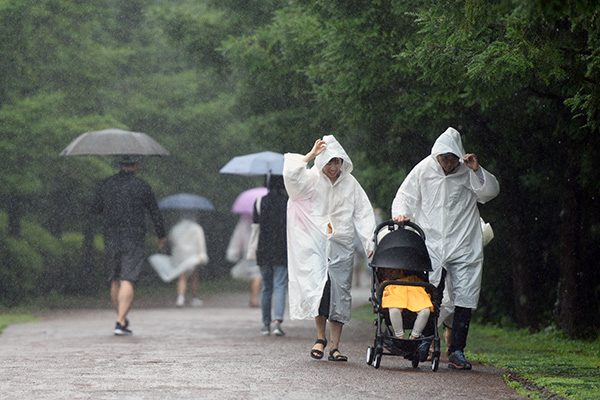 Torrential rains are expected for Jeju Island and southern regions of the mainland on Thursday.

The Korea Meteorological Administration(KMA) said that southern regions will receive up to 250 millimeters of rainfall with as much as 30 millimeters of torrential downpour every hour between Thursday and Friday.

About ten to 40 millimeters are expected for the central Chungcheong Provinces.

Rain and thunderstorms are projected for the Seoul metro area and its surroundings, along with the northeastern Gangwon Province, but it may do little to cool temperatures as Seoul is expected to see the mercury soar to 33 degrees Celsius.
Share
Print
List