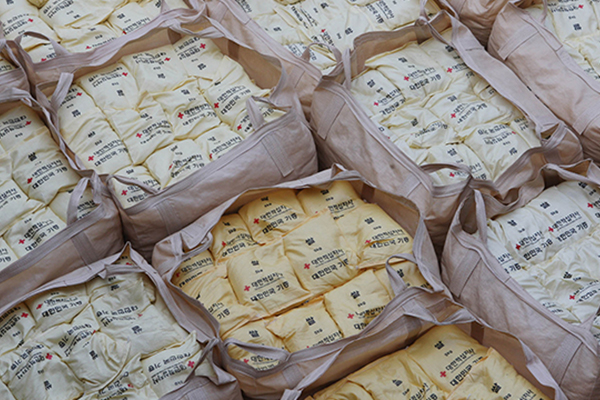 Discussions are currently underway with the U.S. to get sanctions exemptions for South Korean food aid to North Korea.

A government source said Thursday that South Korea and the World Food Program(WFP) are seeking the exemptions for ships and other equipment to deliver 50-thousand tons of South Korean-produced rice amid severe food shortages in the North.

The United Nations agency, which will handle the delivery, is reportedly considering directly transporting the aid from the South to the North to save costs and time.

In 2017, the U.S. imposed additional sanctions on Pyongyang under which any airplane or ship making a trip to the country is banned from entering American territory for 180 days.

South Korea and the WFP signed an official contract regarding the food aid on July eleventh.
Share
Print
List