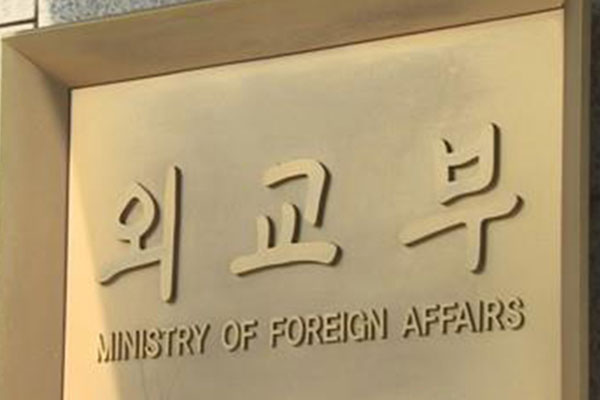 Seoul and Washington have held high-level talks over recent disputes between South Korea and Japan.

According to Seoul’s Foreign Ministry, Deputy Foreign Minister fro Multilateral and Global Affairs Kang Jeong-sik sat down with Marc Knapper, Deputy Assistant Secretary for Korea and Japan, on the sidelines of a ministerial meeting on religious freedom in Washington on Thursday.

The two officials exchanged opinions on issues of mutual interest, including Seoul-Tokyo relations. They also agreed on close, high-level coordination on other major pending issues, including during the foreign ministers’ meeting on the sidelines of the regional security forum to be held in Bangkok early next month.

Kang also met with U.S. Assistant State Secretary for International Organization Affairs Kevin Moley and relayed Seoul’s will to develop a future-oriented relationship with Tokyo and hope to resolve tensions with Japan through diplomacy and dialogue.
Share
Print
List