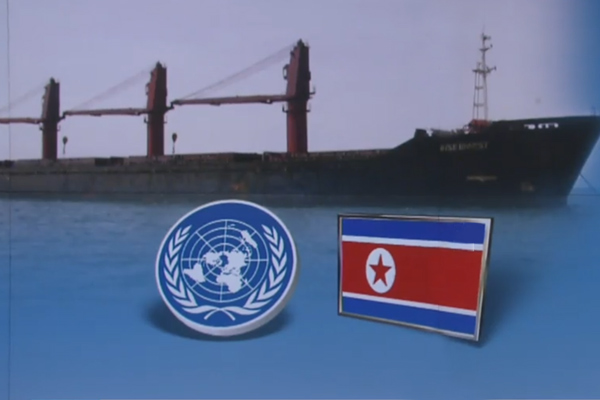 A U.S. court has approved the sale of a North Korean cargo ship seized by the United States on charges of violating global sanctions.

According to the Voice of America, the federal court for the Southern District of New York on Friday allowed the sale of the ship, Wise Honest, as suggested by the prosecution.

Earlier, prosecutors in the New York district requested the court's approval for the interlocutory sale of the North Korean vessel.

They said they reached an agreement with the parents of Otto Warmbier, the American student who died after being released from detainment in North Korea.

Otto's parents had filed a claim for ownership of the freighter when prosecutors lodged a lawsuit with the court to confiscate the Wise Honest, suspected of transferring North Korean coal in violation of sanctions.

The parents said that due to Pyongyang's lack of response regarding compensation for their son's death, they had no other choice but to track down North Korean assets.

The Voice of America said the vessel is estimated to be worth one-point-five to three million U.S. dollars, and following the court decision, the money will be given to Warmbier's family.
Share
Print
List