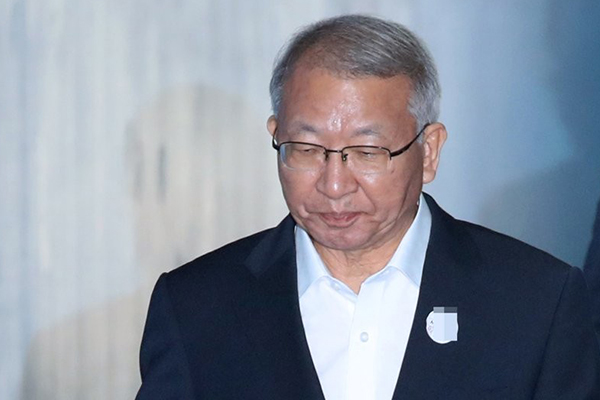 Former Supreme Court Chief Justice Yang Sung-tae, who is facing trial on over 40 charges related to a massive judiciary power abuse scandal, has been granted bail after 179 days behind bars.

The Seoul Central District Court on Monday said it granted bail ahead of the expiration of Yang’s detainment period on August eleventh.

Bail was granted as it entails contact and movement restrictions. No such restrictions apply to individuals who are released following the expiration of their detainment period.

However, the court apparently took seriously the concerns that if Yang were to be released after his detainment period, he may attempt to destroy evidence surrounding his case.

The former justice, who headed the nation's top court from 2011 to 2017, is accused of using high-profile trials as bargaining chips to curry favor with the former Park Geun-hye administration.

In particular, he is suspected of intervening to delay the deliberation of a damages suit filed by Korean victims of forced labor during Japan's colonial rule.
Share
Print
List