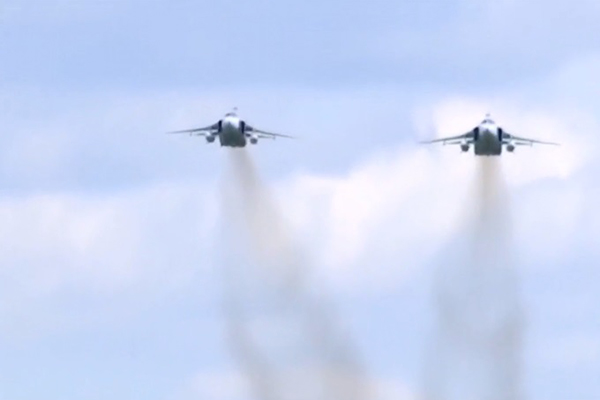 The Joint Chiefs of Staff announced that two Chinese military planes and three Russian military aircraft entered the KADIZ without prior notice. It added that one of the Russian planes violated South Korean airspace near the Dokdo islets two times.

The military immediately sent fighter jets, including F-15Ks and KF-16s, and fired warning shots toward the Russian plane.

The Defense Ministry and the Foreign Ministry plan to summon officials from the Chinese and Russian embassies in Seoul later on Tuesday and strongly protest the latest incident.
Share
Print
List