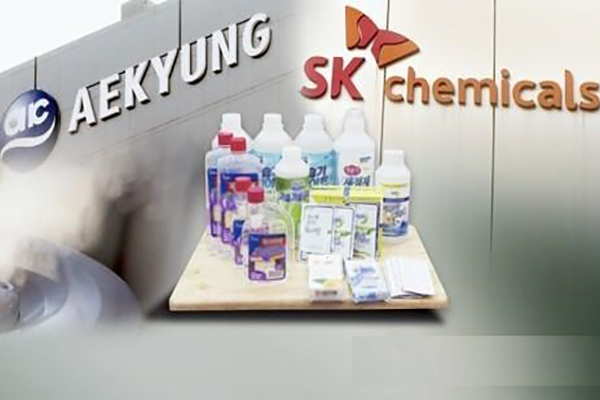 Prosecutors have indicted 34 people connected to the manufacturing or sale of a deadly humidifier disinfectant that caused the deaths of some 100 people between 2002 and 2011.

The Seoul Central District Prosecutors' Office said on Tuesday that it has indicted and arrested eight people, including former president of SK Chemicals Hong Ji-ho, following an eight-month re-investigation of the case.

An additional 26 people, including an official at the environment ministry, were indicted without detention.

SK Chemicals and Aekyung Industrial were under investigation for allegedly manufacturing and selling a humidifier sterilizer called "Humidifier Mate" that used toxic chemicals without informing consumers of the possible health hazards.

The prosecution also investigated big-box retailer E-Mart for selling their own brand of humidifier disinfectants sourced from Aekyung Industrial.

The prosecution launched their re-investigation last November as more studies proving the health risks were released, saying the companies did not inform consumers of these dangers.
Share
Print
List