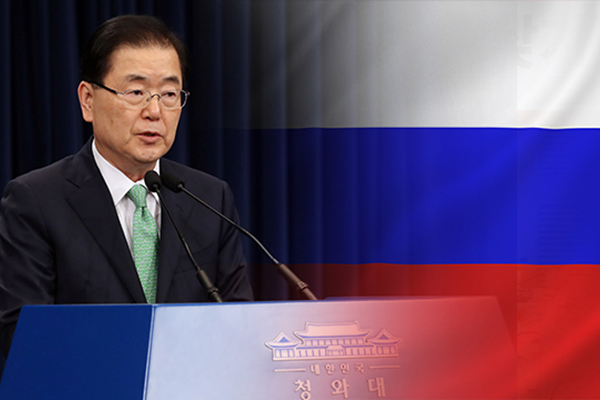 South Korea’s National Security Adviser has warned Moscow over the violation of South Korean airspace by a Russian military plane.

According to Presidential Spokeswoman Ko Min-jung, Chung Eui-yong delivered the warning to Nikolai Patrushev, secretary of the Security Council of the Russian Federation, on Tuesday, saying Seoul takes the matter very seriously and will respond with much stronger measures if something similar happens again.

A South Korean presidential official said Seoul needs to determine first whether the violation was intentional or caused by pilot error before contemplating its next move.

Earlier in the day, the government also summoned officials from the Russian and Chinese embassies in Seoul to lodge complaints over the incidents. A Cheong Wa Dae official said Seoul did not send an additional message to Beijing as China only violated South Korea’s air defense identification zone(KADIZ).

According to the South Korean Joint Chiefs of Staff, two Chinese military planes and three Russian military aircraft entered the KADIZ without prior notice on Tuesday morning, while one of the Russian planes violated South Korean airspace near the Dokdo islets two times.
Share
Print
List