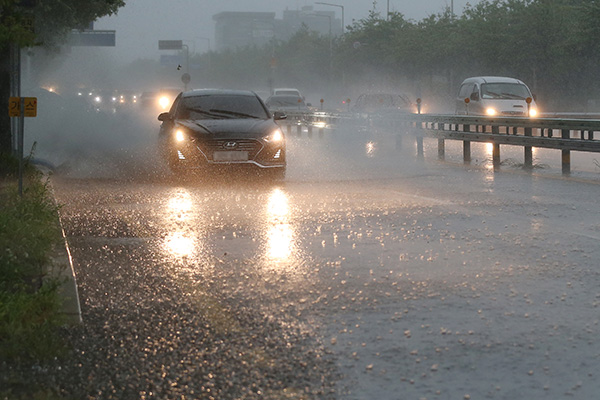 Typhoon Francisco weakened to a tropical depression and left the Korean Peninsula early Wednesday, but two more typhoons are heading north and may possibly reach South Korean waters, though their effects may be minimal.

The Korea Meteorological Administration(KMA) said as of 9:00 a.m. on Wednesday, the ninth typhoon of the season, Lekima, was traveling north-northeast from 680 kilometers south of Okinawa, Japan at a speed of 19 kilometers per hour.

Classified as a "medium" typhoon, Lekima is expected to gain more strength as it continues on a path to reach waters 300 kilometers southeast of the Taiwanese capital of Taipei by Thursday before continuing on to China's Fuzhou region early Saturday.

Lekima will likely make its way toward Shanghai early Sunday but it remains to be seen whether it will impact western parts of the Korean Peninsula early next week.

The tenth typhoon, Krosa, meanwhile, is moving slowly northwest after developing 590 kilometers northwest of Guam. It's forecast to reach waters 770 kilometers from Tokyo by Sunday afternoon.