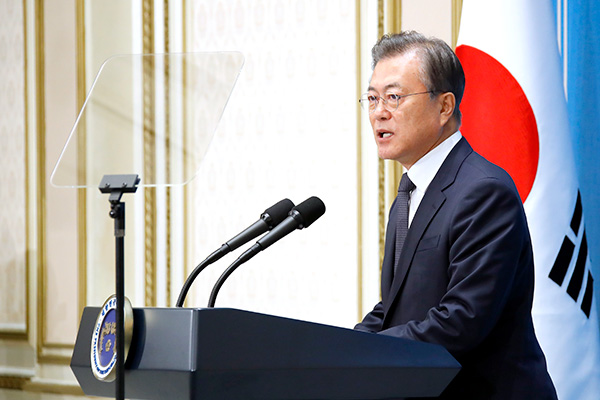 President Moon Jae-in has vowed to share and raise awareness in the international community about the issue of Japan’s wartime sex slavery.

Moon made the pledge in a Facebook post on Wednesday, which marked the Memorial Day for Victims of Japanese Forces' Wartime Sexual Slavery.

He said the government will do all it can to restore the dignity and honor of the victims.

He then thanked the victims for their efforts to make their voices heard, saying the truth can be faced thanks to their endeavors.

On August 14, 1991, the late human rights activist Kim Hak-sun testified for the first time about how she was forced to serve as a sex slave for Japanese soldiers during World War Two.

While civic groups started marking the day in 2013, the government officially designated August 14 as a national day of observance from last year.
Share
Print
List