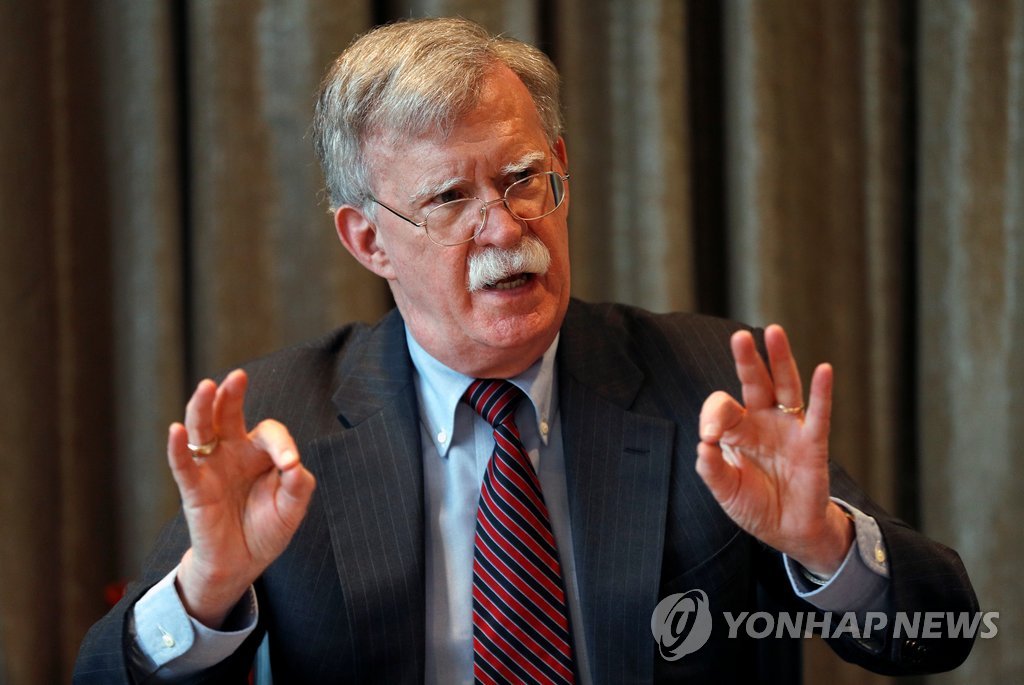 Speaking to Voice of America on Wednesday, Bolton said the North's version of Russia's Iskander missile known as the "KN-23," is believed to have a range that could probably hit all of South Korea and parts of Japan, also endangering U.S. troops in the region.

Since July 25, Pyongyang has launched a series of short-range missiles, in protest of the ongoing South Korea-U.S. combined military exercise.

Bolton added although the missile tests don't violate a previous agreement between U.S. President Donald Trump and North Korean leader Kim Jong-un, they do violate UN Security Council sanctions and are troubling for everybody watching the Korean Peninsula.

Washington maintains that Kim has kept his promise to refrain from launching intermediate-range and intercontinental ballistic missiles, reaffirming its commitment to engagement with Pyongyang.

Stating there haven't been any substantive negotiations with the North since Trump and Kim met at Panmunjeom in June, Bolton said the key issue is whether Pyongyang will make the clear strategic decision to give up its nuclear weapons and delivery systems.
Share
Print
List